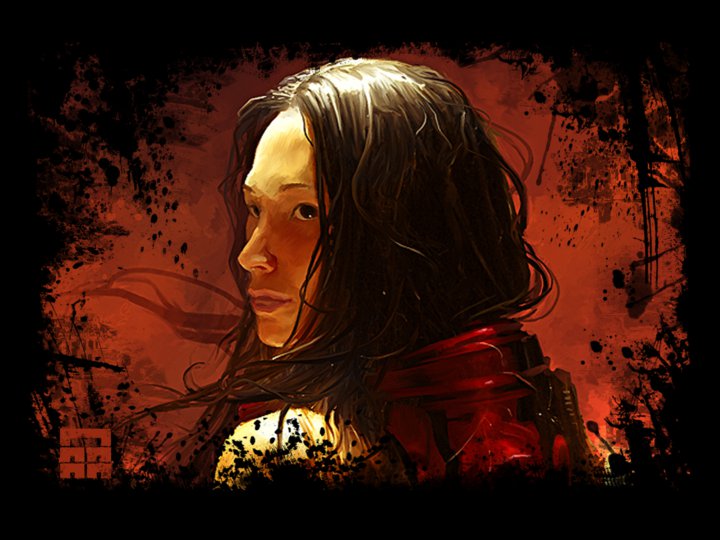 Justicar
In ages past, the cultures of East Asia taught the responsible use of power, whether it be physical, political, or intellectual. Codes of conduct, such as bushido served as reminders of what a great warrior should do in order to refrain from becoming just another (albeit well armed) thug. It is therefore no surprise that with the rise of a form of power (Kizen), Gongen would be the site of a new order of individuals devoted to judicious and responsible use of this new, cosmic power. Through intensive study, meditation and mental training, Justicars are able to tap into mental reserves that augment their Kizen powers far beyond the already remarkable abilities of their untrained brethren. The difference between the average Kizen and a Justicar is just as great between the average foot soldier of ancient Japan and a highly trained samurai. Obeying their Code is paramount to a Justicar, and a failing, no matter how small, can lead to a Justicar being stripped of their powers.

Adventurers
Justicars possess a black and white view of the world, and while they do not attempt to sway others to their worldview, neither will they consider alternatives. A Justicar is seen by some as flighty, due to the fact that they will temporarily abandon a mission to go right some seemingly insignificant wrong, like stopping to apprehend a common burglar in the middle of a mission to hunt down a serial murderer.

Background
Justicars join adventuring groups for often inscrutable reasons. Perhaps a member of the party is actually a target of the Justicar. Or, the Justicar finds the party to be dangerous, and desires to curb their chaotic and unjust tendencies. If the Justicar finds the party to be made up of good and just people, there is a good chance the Justicar will just follow, without questions or introduction, to take advantage of the opportunity to address even greater wrongs with the support of extra bodies. Justicars are cold, detached and harsh when they mete out punishment, but are by no means heartless altogether. They enjoy the rare opportunity to uphold their Code in non-violent ways, such as volunteering at a children’s hospital, or working in a soup kitchen. But these opportunities are few and far between, as the Justicar realizes that the number of people capable of working in such menial jobs are many, but the number of people capable of exacting retribution upon the unjust of society as efficiently as they can is significantly smaller. The idea that a Justicar loses their power as a result of breaking their Code is not supposed to symbolize an immediate and arbitrary loss of power; instead, it represents the fact that an inherent part of being a Justicar is the mentality, a mental strength and discipline born of countless hours of meditation upon a specific set of values and edicts. Straying from this long held stability and code of conduct disrupts the mental processes of a Justicar, either through small degrees of doubt, subconscious guilt, the presence of emotions not conducive to the required mental clarity in order to be a Justicar, or some other means.

Characteristics
The most important attribute for a Justicar is wisdom. The wisdom to weigh which injustices are more severe and more worthy of immediate attention is incredibly important. Constitution is also key, as Justicars spend much of their time in combat with the scum of the universe, and a high constitution score enables Justicars to survive more scrapes. Strength and dexterity are truly unique to each Justicar. Some are katana wielding warriors, paragons of strength, while others are stealthy assassins, preferring to strike from afar. Intelligence can help a Justicar better investigate a crime, and is occasionally useful in tracking down a criminal, meaning that while a Justicar is by no means a genius, there are definitely no “dumb” or “simple” Justicars. Perhaps the only ability that Justicars have no use for is charisma. They have no patience for those who would talk their way into or out of things, and view such skills as loopholes and backdoors to avoid being held responsible for one’s actions.

Other Classes
Justicars despise diplomats and leaders. Both spend too much time talking, and make a living out of compromise, characteristics that make a Justicar seethe with rage. Engineers and pilots are viewed with a mixture of apathy and slight distaste; neither profession lends itself to being inherently just or unjust, and instead engineers and pilots are, at their core, either businessmen, or eccentric and self absorbed within their craft. Scoundrels are undoubtedly the worst lot though, as far as a Justicar is concerned. The lack of discipline, disregard for the consequences of their actions and selfishness represent the antithesis of everything a Justicar is. Soldiers are a mixed bag for Justicars. Loyal soldiers who fight to defend their homes, families and the rule of law are respected by Justicars, even if a mission must pit the Justicar against just such a warrior. Mercenaries, however, fall into the same categories as so many who follow only credits in their life in the eyes of the Justicar. Perhaps the most complex, and indeed, closest thing to friendship that a Justicar is likely to have, is with a medic. Justicars view the medical oaths and laws governing the medical profession as being the closest thing to mimicking their own code of conduct, and feel a degree of companionship. Additionally, the decidedly humanitarian work done by most medics ingratiates them to Justicars. However, a Justicar is often confused, and indeed, angry, at the notion that “do no harm” can be extend to hardened criminals, individuals whom a Justicar believes medics should refuse treatment to.

Justicar Code- The Justicar must swear their life over to a harsh and unforgiving set of rules. They are:
1. Never, under any circumstances, bring about harm to an innocent.
2. All injustices that a Justicar observes become their responsibility to right.
3. A Justicar must never accept payment of any form for their services. All unnecessary items or goods a Justicar comes into possession of must be donated to those who need them more.
4. A Justicar must never use their powers for anything other than the cause of justice.
5. A Justicar must be willing to aid any person who has been a victim of injustice.
6. Those who commit (or attempt) one of the three most heinous crimes must be put to death immediately (rape, murder, enslavement).
7. A Justicar must enact justice in as swift a manner as possible, even if that conflicts with the authorities.
8. The greater good is no longer good if a Justicar must sacrifice their values, therefore such arguments are no excuse to break any of the preceding rules.
9. In rare cases, a Justicar must serve the “greater good”. During these times, the Justicar may suspend the Code entirely, but at great cost. The Justicar loses 1 level, and all associated benefits of that level merely for invoking this rule. The level can be re-gained if a successful plea is given to the GM. A failing plea will be rewarded with a stripping of Justicar status.

Breaking the code results in the stripping of all Justicar levels and all associated benefits, including gained powers, power modifications, and additional Kizen points. A Justicar may seek penance once and once only by pleading their case before their sensei.

Maximize Power X: X times per day +1 per point of WIS modifier, you may spend twice the normal amount of Kizen points on any power that involves a dice roll. Treat all of the dice as if they had rolled the highest number. At Maximize Power 4, the extra cost is reduced to ¼ of the original cost.

Extra Power: At Justicar levels 3, 6, and 9 the Justicar gains an extra Kizen power, provided they meet the appropriate requirements to take the power.