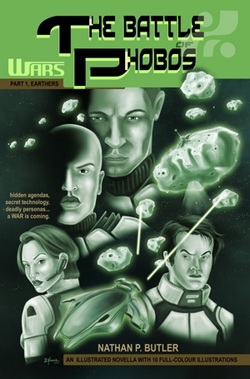 This week we continue our conversation with the author of WARS: Earther-1 "Healers and Hunters". If you haven't checked out the first part of the interview, you can read it HERE.

Zocho: What are some of your favorite historical parallels you've written?

NPB:  My favorites are all found in the second Earther novella, and some are ideas tossed around between the team when we were first conceptualizing how the stories would play out.I can provide one example, though. When faced with diplomatic tensions, one side makes a tactical mistake that might have further diplomatic repercussions. One of our new characters in Earther-2 then points out that actions *are* language in the realm of diplomacy. The exchange purposely references comments made by Secretary of Defense Robert McNamara around the time of the Cuban Missile Crisis. That one, frankly, was not intentional, but the moment I wrote it, I had to smile.

Zocho: What are you most excited about in your two next novellas?

NPB: Well, let's be clear. I'm writing the second Earther novella, but I believe series editor and team lead Josh Radke will be writing the third, much like the Gongen novellas are written by Sean Williams (1 and 3) and Sabrina Fried (2). I'm not 100% sure on the Maverick novellas just yet, but I haven't asked recently. (Note: Nathan checked afterwards: it will be Jim for 1 and 2, Sabrina for 3)

With Earther-2, my main excitement simply stems from the fact that I think this novella is leaps and bounds better than the first, and I'm very eager to see what people think of it. I'm also intrigued to see where Josh and the others take the story threads that I've laid out in volumes 1 and 2 for the Earther faction. 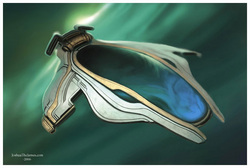 Rogan Hallard's Ship: The Shadowsurfer
Zocho: Who has most influenced your writing? Have a favorite book?

NPB: This comes down to Aaron Sorkin and J. Michael Straczynski. The former is a major influence for his dialogue and pacing, while JMS is an influence in terms of story setup and tying threads together.

Zocho: You have a lot of ties to the Star Wars Community, and its vast EU, how do you see Star Wars in comparison to WARS, especially since WARS came from Decipher losing the SW license?

NPB: The games are very similar, though the WARS TCG refined the mechanics somewhat, after the SWCCG became so complicated rule-wise that I gave up playing around the time of the Jabba's Palace set.

A lot of comparisons are made between the two franchises, but I don't really see them as all that similar. One is space fantasy with mythological roots, while the other is a science fiction tale with geopolitical aspects. To me WARS reminds me most of Babylon 5 or something in that vein, rather than Star Wars.

I enjoy both, but I just don't see where that crossover comes from, other than the Decipher connection. Hopefully, people will get into WARS and enjoy its unique flavor, rather than thinking "hey, it's a Star Wars knockoff," since it really, really isn't. 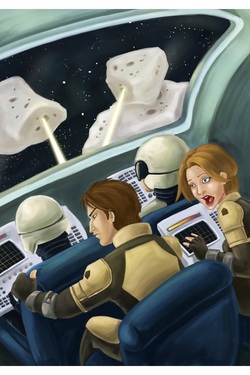 Zocho: Indeed it isn't a knock off- I was an avoid Star WARS tcg player, but found the rules clutter terrible as well. Is there any aspect of the WARS TCG you find most appealing?

NPB: I think the most interesting aspect conceptually is the Kizen idea. Of course, ironically, that's something that the Battle of Phobos series can't touch upon because the Rift isn't open yet.

From a gameplay perspective, I never really liked the "Force drain" mechanic of the SWCCG, but a small quote from Decipher's style guide for the franchise totally changed my perspective on the similar mechanic for the WARS TCG:

"WARS is about energy. Energy moves into, through, and about the entire universe of WARS. This is manifested with bolts of weapon fire, plumes of ship propulsion, and shimmering defensive force fields. Each faction has its own particular signature patterns and color of energy."

The idea that energy is at the heart of how one should view WARS very much made me appreciate the benefits of location control and such.

Then again, I've only played WARS myself a few times. I'm more of a collector of the cards (only two left to get: Seyal / Dark Side and Predetermined Reaction!) than a player of the game... 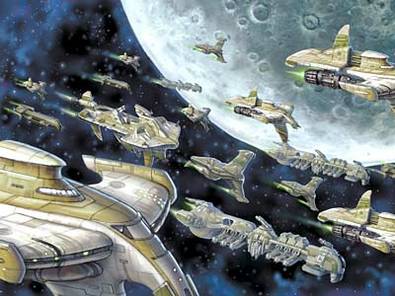 Zocho: How much communication was there between you and the other writers?

NPB: With this being a series with only a few writers, our communication has been frequent and very productive. I actually knew Jim Perry as podcaster "Indiana Jim" from the Star Wars fan audio community for a while before I recommended him to Josh Radke of GQB as a potential writer for the series, and I was familiar with Sabrina Fried (the author of the second Gongen novella) through her Star Wars fandom columns.

What I have found is that it allows for great collaboration in terms of sharing ideas and ironing out potential conflicts quickly.

For an example of the former: when Jim was working out the details of his first Maverick novella, I suggested he use Chindon Relk in a particular role, and he took that and ran with it.

As an example of the latter: We had an issue when the first draft of the second Gongen novella was written that caused a bit of stress for a little while. Storylines that emerged organically during writing for Sabrina had clashed head-on with the approved storyline for my second Earther novella. Between various emails, we were able to figure out how to make it all work without sacrificing the quality of either story, and probably actually making both significantly more solid than they were prior to the changes.

Of course, Josh Radke plays a huge role in this, so far as mostly an editor and moderator of discussions, and the fans have had an impact as well. If all goes without major changes, for instance, ou'll see a character in the second Earther novella that had his name suggested by a fan on Facebook (Joshua Anderson), and a ship with a very familiar name to Zocho visitors.

The collaboration is much more involved than when I was working on my Star Wars Tales story for Dark Horse Comics. In that case, I was working with the editor (Jeremy Barlow), but no one else directly, not even the artist on the story (James Raiz). It's a whole different ballgame with a franchise in its nascent stages. 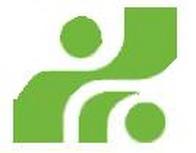 Zocho: Obviously WARS is only just now coming back as property, but have you had any opportuny to connect with the fans it has in person? Any coming up?

NPB: So far, I've not had the chance to meet up with WARS fans in any significant degree in person, but I interact regularly on Facebook.

In June, there is always a convention in Charlotte, NC, called ConCarolinas (concarolinas.org). I have been a guest (and panelist) there every year since 2004 but one, I should be there this year again…

Zocho: Finally, I'd like to extend a "thank you" from the Hanover College WARS club for the box of commons we traded you for- and for writing a great book (Earther-1) we've been enjoying. We're all excited for the second!

NPB: I appreciate the kind words. I can't wait for you guys to get a chance to check out Earther-2.

Zocho: Thank you so much for your time. It’s been a real pleasure talking with you! 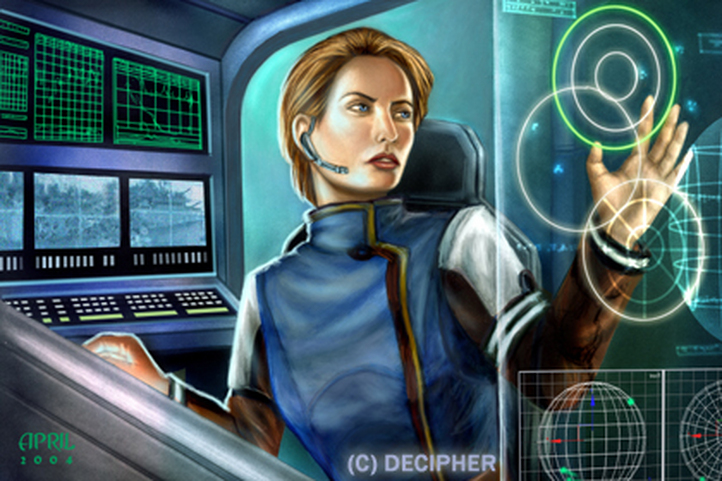