We recently had the chance to talk to the author of WARS: Earther-1 "Healers and Hunters" Nathan Patrick Butler. We talked to him about WARS, writing, characters, and fandom. The interview was lengthy so it will be divided into two parts, one released this Wednesday the 11th, the second a week from now on Wednesday the 18th! Keep a lookout for the second installment, and enjoy our chat... 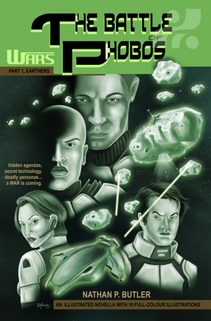 Zocho: Science Fiction often has historical parallels, in the future, such as Jules' Verne's Submarine, or in a less fun way, WARS Asian nuclear disaster. Though obviously not on the same scale, what was your reaction to the crisis in Japan?

NPB: I think that I, and the rest of the team, were just as shocked by the tragedy as anyone. I had the added responsibility of trying to keep my students up to date on what was happening so that the nuclear planet paranoia did not cause them to become "freaked out." I am definitely glad that Sean was able to include a brief note on the tragedy in "The Great Journey," though it certainly feels eerie when fiction and reality collide so forcefully.

Zocho: Who was your favorite character to write in 'Healers and Hunters'? 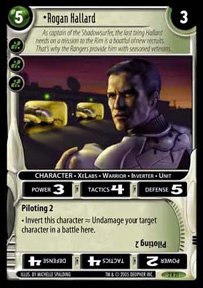 NPB: Personally, I have an affinity for Rogan Hallard. He is an interesting mix of, as the title suggests, healer and hunter. That was actually something I developed for the character, based partially on my own family. Whereas Rogan's family was almost entirely in medical fields and he chose flying that better fit his own talents, my sister, father, stepmother, an aunt, and others in my family are in medical fields themselves, but I chose to follow the same path my mother did, into education and, when the opportunity arose, into storytelling, which seems to be my chance to entertain and educate at once.

We all have dichotomies in our nature. Being able to play with that for Rogan here was interesting.

Of course, it was also fun to write for Jossel Swin, as it is rare that you have the chance to have a character on "your" side that has quite so much anger and prejudice in his system. He's one of those characters where you sit back and say, "Man, how bad could this get if this guy is on OUR side?"

NPB: The second Earther novella is a tricky one to consider, as it takes characters (not all, but several) from "Healers and Hunters" and develops them further, while also bringing in a major Gongen character from the upcoming comic series, a major Gongen from the game, and several other original characters, including a rather complex Earther diplomat and some other Gongen warriors. I think this time it is much more about developing character interactions more so than the characters. And humor. There are a few moments where, now that our characters aren't in quite as claustrophobic a scenario as in the first Earther novella, they can be a little more humorous.

I was flattered to find "Healers and Hunters" compared to Michael Stackpole's early "Star Wars: X-wing" novels. While I don't feel I'm nearly on their level, I think a comparison could be made that if the first Earther novella was like Stackpole's "X-wing" novels, then the second Earther novella has a feel more like Aaron Allston's later works in that series. More humor, more banter, more flawed characters.

Zocho:  The current Novellas lack the Shi and Quay, how has this freed or hindered you in the stories you tell?

NPB: Well, on a practical side of things, it allowed me to focus my research when first approached by Josh Radke (Grail Quest Books) into the human factions, rather than the alien ones. From a storytelling standpoint, though, I much prefer the interaction of the three human groups to the Shi or Quay. In a sense, the Earthers, Mavericks, and Gongen are all different facets of the same whole, but they are unwilling to see that whole. That certainly gives someone familiar with history a more fertile playground for ideas than bringing alien races into the picture.

Frankly, if I were to write for the Shi or Quay, I would probably end up focusing just on them and their cultural interactions, rather than pitting them against humans. The shared histories of the factions almost makes them two different "collectives," so to speak, in how I look at them...

Zocho: It was fun seeing the interaction of Rogan, the Ranger, and Janet, will we be seeing more of them together?

NPB: Rogan, Jerlen, and Jannett will all return in the second Earther novella. Part of our purpose in these novellas was to do what the games could not, which was to create a sort of core group of characters for each faction who would interact frequently. These are our "Luke, Han, and Leia," or our "Fellowship," you might say.

Now, though, these characters have gone through battle and loss together, even though the end of "Healers and Hunters" leaves them to their respective duties in various locations. Expect that the second Earther volume will draw them together again in one form or another and allow for further development of the characters. The last couple of scenes in Earther-2, frankly, include some of my favorite interaction between two of those three. 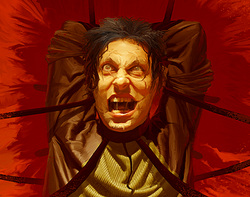 Zocho: How do you see Swin as a character? On the surface he seems an unstable lunatic, and he is, but his motivations never go arm-in-arm with how'd you'd expect them to, though his actions do.

NPB: I think of Swin as the "there but for the grace of God" character that most others could compare themselves to. He has a definite sense of duty and partiotism, but he borders on extremist in what he is willing to do. He also, of course, carries (for what might be good reason, given his background) around significant prejudice, as referenced in the TCG, which is a flaw we still see all too common in the modern world.

All in all, he is an intriguing character to write for, but I have to wonder whether readers will consider him in Earther-1 as a hero, antihero, villain, or some combination in between.

Zocho: Some of my favorite characters in Earther-1 were original characters such as Alex, Prothero Armedi, and Thomason Grayger. Can you tell us anything about how you came up with these characters?

NPB: Well, each one had to fit a particular role in the story. That was the very first consideration. You don't just create a character in in a vacuum any more than a location or anything else.

Spoilers appear in this answer, so... beware for those who haven't read Earther-1.Alex Lissen was a character created to give us an easier way for Janette to become comfortably integrated with Rogan and Jerlen, while also giving the Rangers a more personal stake in the outcome of the mission as a whole. The idea to make him a bit more exuberant, girl-chasing, and such came naturally as the character was developed, as a way of emphasizing his youth in relation to Rogan and Jerlen as well.

Prothero was a tricky one. Someone needed to be Jylan Rathe's agent on the mission, but making one of our previous game characters into the mole seemed like it was pushing the characters into unnatural directions. That left creating a whole new character, but I thought it would be interesting to link him into a pre-existing game character in one form or another, hence tying him into Anina Armendi. In writing, the idea was to give a few hints here and there that something was odd with Prothero, but to keep suspicions deflected just enough toward Jossiel Swin for Prothero's revelation to be able to be both a surprise and a logical story point when it finally happened.

Thomason Grayger was the first of the three to be created. The idea of a defecting or escaping scientist was there at the core of the original proposal for the story, but all of his self-righteous justifications and attitudes emerged in order to create more tension and really sort of give us the "other side" of the Earthers. In WARS, the idea of who is the "good" or "bad" side depends on what faction you are following, and that means that there have to be morally ambiguous or "villains who can justify their actions" on each side, or you end up with some of that interesting mix of perspectives evaporating. Sure, Swin has a darker side in the story, but his actions are easier to justify than Grayger's. We needed someone even more self-absorbed in his intent than Swin. Moreover, if Earther culture is capitalism taken to an extreme, and capitalism focuses on "profit motive" (everyone seeking their own betterment), then someone as self-centered and myopic as Grayger would be a natural, negative outgrowth of that kind of society. You'd need to almost purposely choose to have a moral code in order to be someone like Rogan Hallard. The default corruption of a completely market-based society would be someone like Grayger if we aren't careful.

By the way, as an addendum to that last answer: Did you notice that EVERY single character I created for Earther-1 (i.e. characters not in the original game) ended up dead by the end of the story? That wasn't really intended, but they were all created to serve a story purpose, and most of those purposes ended in doom.

Stay tuned for next week to read the second part of our interview with Nathan! 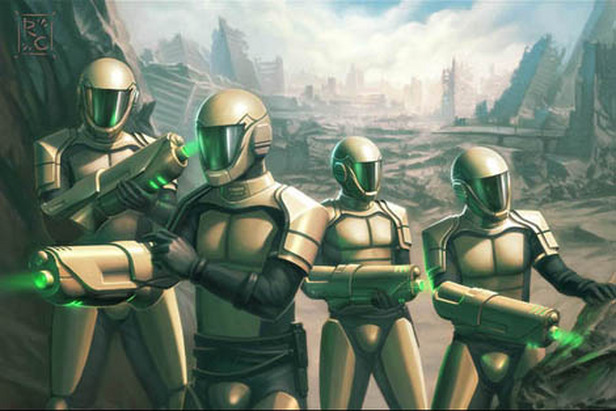